You will meet our licensed, professional and multilingual guide in Fes in order to start one of our Fes Guided Tours at 9:30 am. Our Fes guided tours start by visiting Borj Nord (the Northern tower) which is a fort that was established by the Saadi Dynasty and provides a fascinating panoramic view over the Medina, Mallah (The Jewish Neighborhood) which used to be home to a vast population of Jews estimated to have been nearly 250000 at one point, The Ibn Dannan synagogue, The Door of the king's Palace and the gorgeous Jnan Sbil Garden that provide a breath of fresh air with its lush gardens, before wandering through the narrow streets of the Medina which is a labyrinthine of over 9000 streets that dates back to 12 centuries in history.


A complex city with its own micro-industrial world with various handicrafts and traditional industries. The most important Monuments that our Fes Medina walking tour will focus on are: Bab Bou Jeloud, "The Blue Gate" of Fez which is the most famous door of the Medina and beautifully decorated with traditional mosaic and carvings, gorgeous Andalusian-styled fountains including the Nejjarine fountain, The Qarawiyin university and Mosque which was the first university in the world according to UNESCO and is considered to be one of the biggest and most influential mosques in Morocco, Africa and the whole Islamic world, Medersas (Koranic school) and mosque which was founded as early as the 13th century and provides a great example of the beauty of the Arabic-Andalusian architecture and Mosaic, Batha Palace which is now a museum of arts and traditional handicrafts, Chouwara Tanneries which are symbolic to the city of Fes, Souks including Souk Attarine, one of the liveliest in the city where they sell a huge variety of spices and dry plants, The Bou Inania Madrasa minaret.


In our Fes guided tours, we will make our way through the two main streets of the Medina "Talaa Kbira" and "Talaa Sghira" which are parallel and meet in the heart of the city. The streets are lined with shops of handicrafts of bronze, metal work, leather work, ceramic tiles, jewelry along with Antique and carpet art-shops. Fes is the spiritual and cultural center of Morocco and has multiple facets to explore.

After that you’ve enjoyed your Fes Medina walking tour, our guide will take you back to your hotel marking the end of this Fes guided tour. 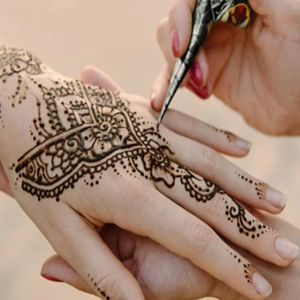 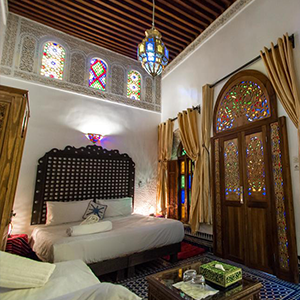 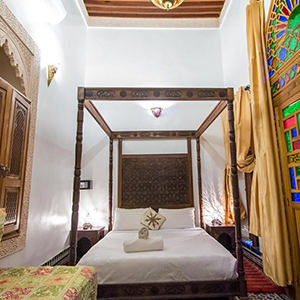 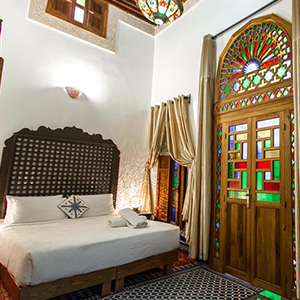